This interview is part of a series of conversations with the people working at Mimetas. The 'I' in Mimetas focuses on the personal side of the scientists that drive our world. Today we have a chat with Paul Vulto, CEO and co-founder of Mimetas. 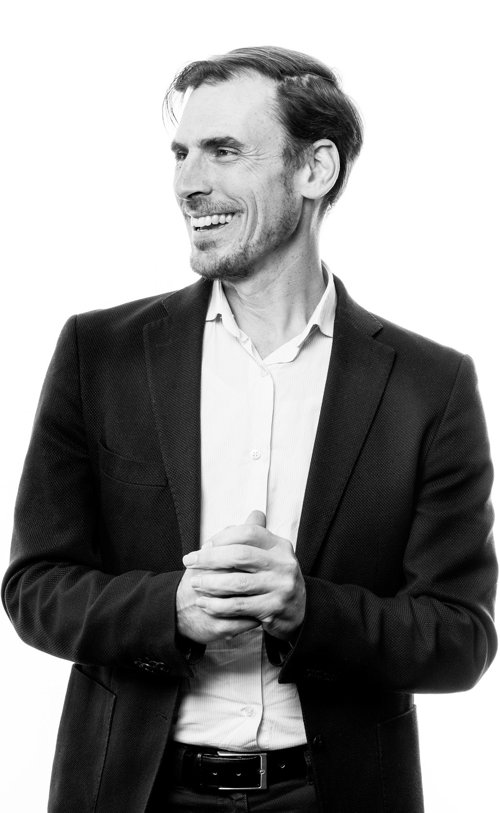 What is different in how you thought Mimetas would be and what Mimetas has become?

From the moment we chose to go for 3D cell culture, the concept of Mimetas has not changed too much. In the early days, we wanted to sell hardware, but we quickly found out that ‘just’ selling disposables did not work. Other companies and scientists could and would not develop the unique biology and assays made possible by the OrganoPlate, so we decided to tackle that problem ourselves. As a result, we quickly became a biology company. Frankly, the biggest change in Mimetas is happening now: scientists outside of Mimetas have started innovating on the platform themselves, and we are focusing more on drug development.


What is your favorite pastime?

I love spending time with my kids! Honestly, I don’t do it enough. We own a cottage in the east of the Netherlands, which we visit at least once a month. There we spend time without electronics; it’s always lots of fun and very relaxing! I also play trumpet in a big band and take piano lessons.


What small things in life make you happy?

I love ‘creating’ with other people, although it is not necessarily a small thing! Conceptualizing something non-existing and bringing it to reality gives energy. The moment an idea starts resonating and becomes bigger than the contributions of individuals is magic!


If you could send a message to yourself 20 years ago, what would you tell the younger you?

In the year 2000, I was having the time of my life. I was in Prague, studying history for half a year, which was quite different from my Electrical Engineering studies in the Netherlands. I would say to myself: “Paul, don’t be an idiot. Take that extra delay and stay for the whole year.” I loved studying history, but also experiencing a different culture, learning the language, and meeting new and exciting people. During my first course, we were supposed to read and debate a book about World War 1. I was baffled that discussing a book was something you could get graded for – I was doing that for a hobby all the time!


What is your favorite quote, song, or belief, anything that you live by?

A lyric from a song by Ramses Shaffy, which is also the motto of my PhD thesis. Translated, it reads as follows:

“Your head up high,

your nose in the wind

and don’t let the other decide what to think.

Keep a heart full of warmth

but be on your square meter a king!

What you search for, no other can give.

The song is about the courage to dare do things, that you are at best when being yourself and combine this with love and a passion for the people around you. Ramses Shaffy is an inspiration to me: not just because of his music, but also his lifestyle and how he changed Dutch society by being his exotic self! Leveraging who you are, is the key to making a difference!

What customers say
'
Our exciting collaboration enables our research and early development group to apply state-of-the-art organ-on-a-chip technology in the modeling of IBD and HBV. These models have the potential to improve our understanding of disease biology and transform

The 'I' in Mimetas
Chiwan Chiang
Field Application Specialist
'
A day without
laughter is a day wasted.
Read more
What customers say
'
Mimetas' tumor infiltration platform demonstrated a therapeutic effect of our compound on immune cell recruitment: we’re very excited by these proof of concept data

The 'I' in Mimetas
Jos Joore
CEO
'
We want to
empower research on complex tissue biology.
Read more
What customers say
'
Often you have to compromise it’s either the throughput or it’s the complexity of the model. Getting both in the same platform… no other platform can do that!

The 'I' in Mimetas
Nienke Wevers
Senior Scientist
'
Nothing ventured, nothing gained.
Read more
What customers say
'
We were able to measure cell barrier permeabilities in a lung-on-a-chip model demonstrating superior sensitivity and translatability than any other lung cell model we tried before. It was also very easy to scale up our data generation workflow.

Scientist
From a top commercial organization

The 'I' in Mimetas
Henriëtte Lanz
Director of Model Development
'
It should be
mandatory to
socialize with colleagues.
Read more
What customers say
'
Organoplates opened avenues that were before considered unreachable

The 'I' in Mimetas
Bas Trietsch
Chief Technology Officer
'
We try to help
each other
as a team.
Read more
What customers say
'
The OrganoReady model has been very useful for fast screening of novel gene therapy related technologies in our company. The membrane-free fluidics is a high throughput screening tool to monitor a transfer of antibodies through the blood brain barrier.

Therapeutic Developments and Innovative Strategies in Oncology: An Expert Discussion
Watch it here

Grow.Learn.Discover. Event
'
A Decade of Breakthroughs in Human Tissue Modeling

Join us on February, 9th 2023, for our online anniversary event.

Press Release
'
MIMETAS elected most innovative company of the Netherlands

MIMETAS is the winner of
the Dutch Innovation Award 2022