This interview is part of a series of conversations with the people working at Mimetas. The 'I' in Mimetas focuses on the personal side of the scientists that drive our world. Today we have a chat with Henriëtte Lanz, Director of Model Development and fierce proponent of the Friday afternoon drinks at Mimetas. 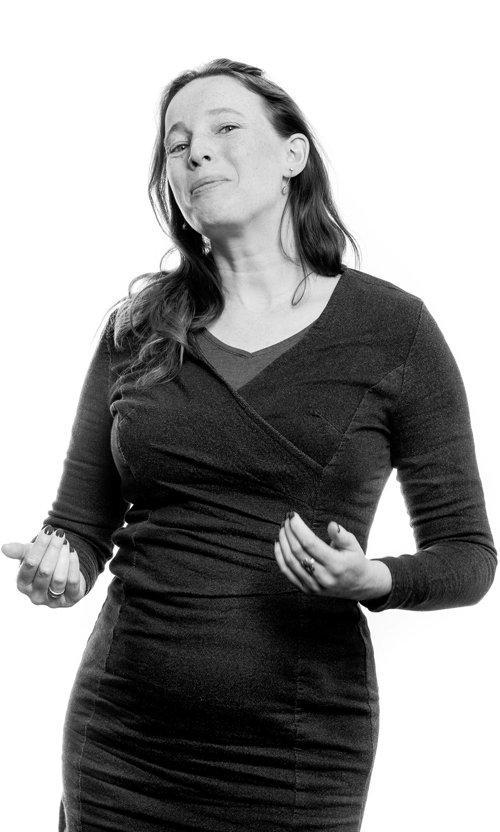 How would you describe your job to me, if I were 5 years old?

At Mimetas, we grow tiny pieces of organ tissue in a special plate, called an OrganoPlate. This allows us to do tests on these tissues. Currently, if people want to study a headache, they take a mouse and give that mouse a headache. Then they try to treat that headache with drugs and look at the results. Instead of a mouse, we use tiny pieces of human brain grown in our chips.


What does your average day working at Mimetas look like?

I usually start early, at around 8. That gives me time to go over e-mails and prepare for the day. Then at 9, I have a meeting with my team to discuss ongoing and future projects. After this, I usually have a few calls with customers, going over the projects that we’re running for them. For the rest of the day, I review work-plans and research data. I haven’t worked at the lab bench for quite a while now. Most practical work I do now is when I am helping people. I do miss it a little bit, but it’s impossible to combine practical work with project planning. I also like giving trainings, so I can show people that I know what I am talking about.


What current or future project at Mimetas are you most excited about?

That’s like asking a parent which of her kids she likes best. I like the projects we do for customers the most since those are directly supervised by me and feel like they are my personal projects. What I take great pride in is the project with Roche on the gut model, which now serves as an example for our ideal customer project. We developed a model, after which I went to Roche to train their people how to use it. The biggest success is when they succeed to publish using the model. That went exactly as we hoped. Last week, Roche published an article where they used the model in a clinical setting, testing drugs, and their effects on the gut tissue. That’s our aim with the pharma-customers, so this is a great success.


If you weren’t a successful director of model development at Mimetas, what career would you be in right now?

As I said, I like giving trainings. So, I probably would have gotten my teaching license to start teaching at a high school. But, to be honest, right now I do not think that would have been a good fit for me. My current back-up plan is to start teaching at a school for advanced education. During my PhD, I liked teaching students, which translates into me training pharma-companies to use our models.

Also, when I went to university, I was in doubt whether to study English or Life Sciences and Technology. I personally prefer the English language above the Dutch language, which means I like the English literature more than the Dutch. However, I figured English wouldn’t be diverse enough, and I had to make a choice in the end. So maybe I would’ve been an English teacher.


What is your favourite quote, song or belief, anything that you live by?

I pick a Salsa song. I do not understand the lyrics, because I do not understand Spanish. I pick it because of the positive message. It is my favourite song to dance to. The song is “Yo No Se Mañana” by Luis Enrique, and it translates to “I do not know about tomorrow”. It means that you can’t know the future, so you should live more in the present and stop worrying. I always worry about everything, all the time, so it’s good to let go sometimes. One of the best ways to do that for me is to dance, and this is my favourite song.

It should be mandatory to socialize with colleagues, and not just be focused on work. It would be nice if everybody came to the Friday afternoon drinks. I would probably ban the really smelly French cheeses in our office since it smelled like dead fish in the hallway this morning.

What customers say
'
Our exciting collaboration enables our research and early development group to apply state-of-the-art organ-on-a-chip technology in the modeling of IBD and HBV. These models have the potential to improve our understanding of disease biology and transform

The 'I' in Mimetas
Chiwan Chiang
Field Application Specialist
'
A day without
laughter is a day wasted.
Read more
What customers say
'
Mimetas' tumor infiltration platform demonstrated a therapeutic effect of our compound on immune cell recruitment: we’re very excited by these proof of concept data

The 'I' in Mimetas
Jos Joore
CEO
'
We want to
empower research on complex tissue biology.
Read more
What customers say
'
Often you have to compromise it’s either the throughput or it’s the complexity of the model. Getting both in the same platform… no other platform can do that!

The 'I' in Mimetas
Nienke Wevers
Senior Scientist
'
Nothing ventured, nothing gained.
Read more
What customers say
'
We were able to measure cell barrier permeabilities in a lung-on-a-chip model demonstrating superior sensitivity and translatability than any other lung cell model we tried before. It was also very easy to scale up our data generation workflow.

Scientist
From a top commercial organization

The 'I' in Mimetas
Henriëtte Lanz
Director of Model Development
'
It should be
mandatory to
socialize with colleagues.
Read more
What customers say
'
Organoplates opened avenues that were before considered unreachable

The 'I' in Mimetas
Bas Trietsch
Chief Technology Officer
'
We try to help
each other
as a team.
Read more
What customers say
'
The OrganoReady model has been very useful for fast screening of novel gene therapy related technologies in our company. The membrane-free fluidics is a high throughput screening tool to monitor a transfer of antibodies through the blood brain barrier.

Therapeutic Developments and Innovative Strategies in Oncology: An Expert Discussion
Watch it here

Grow.Learn.Discover. Event
'
A Decade of Breakthroughs in Human Tissue Modeling

Join us on February, 9th 2023, for our online anniversary event.

Press Release
'
MIMETAS elected most innovative company of the Netherlands

MIMETAS is the winner of
the Dutch Innovation Award 2022