What is extracellular matrix?

From a cell’s perspective, the matrix is everywhere. 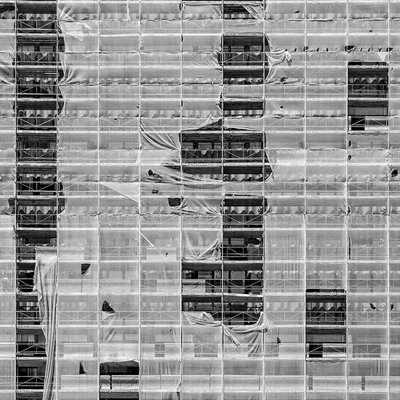 In tissues and organs, the extracellular matrix (ECM) is made up by a 3D network of fiber-forming proteins, such as collagen, elastin, fibronectin, and glycosaminoglycans. It provides a physical scaffold for cells. Matrix macromolecules are synthesized and secreted by all cell types, a process that is influenced by cell-type specific regulatory mechanisms. As a result, the composition and structure of matrix macromolecules vary largely between tissues.


Why is ECM important for tissues?

The extracellular environment of cells plays a key role in many cellular processes, such as growth, migration, differentiation, survival, homeostasis, and morphogenesis. Cells embedded in ECM interact with the macromolecular network through surface receptors, affecting cellular function and behavior. In this way, ECM molecules provide mechanical, structural, and compositional cues that can drastically influence cell function. In addition, a variety of growth factors, cytokines, and chemokines are present in the ECM, often tethered to macromolecules, regulating tissue development and homeostasis.

With ECM being part of all our body’s tissues, it makes 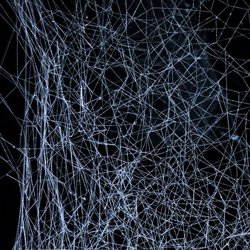 sense to mimic its properties when developing 3D tissue models in vitro. For this purpose, a variety of 3D matrices are available. Such 3D matrix gels often feature a soft, tissue-like stiffness and mimic the ECM that is naturally present in tissues. Using 3D matrices for cell culture has several advantages, as it promotes cell adhesion and enables proper transport of gases, nutrients, and growth factors to the cells. This promotes cell survival, proliferation, and differentiation.

Gels made from ECM mixtures of natural origin, such as collagen and Matrigel®, are often used substrates for 3D cell culture. Recently, the need for more controllable gels has driven the development of various synthetic gels. The porosity, permeability, and mechanical characteristics of different gels vary, as they are designed to recapitulate the in vivo ECM of the specific tissues.

The viscosity of ECM gels increases with temperature, as a result of its physicochemical properties. Typically, cold ECM is pipetted in a culture chamber or plate, where it is allowed to set at a higher temperate. In an OrganoPlate®, liquid ECM gel is patterned into individual lanes, using capillary pinning PhaseGuide™ technology. Following gelation, additional ECM lanes can be added, or cells can be seeded as a tubule against the ECM gel.

Matrigel®
An often-used strategy to mimic ECM in tissue culture in the lab is by using Matrigel®: a gelatinous protein mixture that resembles the epithelial basement membrane. Matrigel® is secreted by Engelbreth-Holm-Swarm mouse sarcoma cells and consists of ECM, several growth factors, and heparan sulfate proteoglycan. It is known to contain relatively high levels of the basal membrane protein laminin. Depending on the type and dilution of Matrigel®, it can either promote or inhibit the proliferation and differentiation of cells. Its natural origin brings along batch-to-batch variation, which may complicate comparisons between experiments. Nevertheless, Matrigel® resembles the complex extracellular environment in many aspects, often resulting in increased physiological relevance of tissue models. 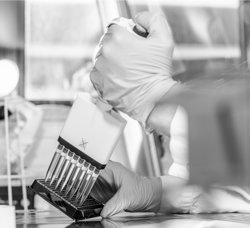 cultures can be established and maintained. Culturing cells in Matrigel® in the OrganoPlate provides the cells with a growth scaffold that resembles their natural environment. In this 3D tissue culture platform, Matrigel® is particularly suitable for 3D neuronal cultures and (tumor) organoid cultures.

Collagen
Collagen is the main structural protein in the extracellular space in various connective tissues, as it is the main component of natural ECM. It is therefore often used as a matrix in 3D tissue culture. At MIMETAS, collagen-based cultures are used to establish vasculature-on-a-chip models, as collagen supports angiogenesis and blood-vessel-sprouting assays. Collagen is also highly suitable to establish other tube-based tissues in the OrganoPlate, such as kidney and intestinal models.

Synthetic hydrogels
Hydrogels are water-swollen networks of natural or synthetic polymers. Compared to natural ECM extracts, synthetic gels are highly customizable, as they can be modified for specific cultures by incorporation of different types of proteins, peptides, and other molecules. In this way, it is possible to incorporate specific cues to influence cellular function and behavior.

A publication in Nature by Gjorevski et al (2016), highlights the effects of different ECM properties on organoid culture. Based on their findings regarding stiffness and degradability of the ECM gels, the authors designed matrices, optimized for expansion, differentiation, and organoid formation. This demonstrates the potential of hydrogels as well-defined alternatives to animal-derived 3D matrices. The OrganoPlate® supports hydrogel-based tissue culturing, which offers highly customizable ways to mimic the tissue-specific extracellular environment in vitro.