How Personalized Medicine Can Create More Effective Treatments for Cancer 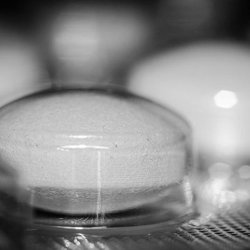 Cancer treatment has improved over the last few decades, with survival and remission rates moving in the right direction. Progress is still fairly gradual, but over the next few years we’re going to see some big changes.

New advances in screening, diagnosis, medicine, and treatment will create a future of personalized therapies for patients suffering from cancer. Below, we’ll explore some of the latest research and technologies in cancer and tumor modelling, and how they can create a brighter future for everyone.

Personalized medicine is about creating individual, specialized treatments for each patient. It means that diagnosis, testing, pharmaceuticals, and other treatments can be based on what that patient specifically needs.

This means, as the team at GE Healthcare points out, that cancer doesn’t have a single cure, but 7.4 billion cures. Because every single person has his or her own unique genetic profile, each treatment for cancer must be unique.

The GE Healthcare team explores the work on this front currently being conducted by cell therapists, who are identifying ways the cells in a person’s own immune can learn to fight off cancerous cells.

“For the first time in years, we’re seeing incredible cure rates in certain types of cancer by training the T-cells in the body to specifically target the tumors,” Michael May, PhD, president and CEO of the Centre for Commercialization of Regenerative Medicine, tells GE Healthcare. “... I think for the first time in history we have the opportunity to create real cures for our biggest diseases ... not just treat the symptoms.”

Professor Olli Kallioniemi of the Finnish Institute For Molecular Medicine states on his website that he believes that DNA sequencing-based efforts and the identification of oncogenic driver mutations will miss many therapeutic opportunities. In contrast, individualized systems medicine may help to uncover targeted drugs and drug combinations with unexpected cancer-specific therapeutic potential. His methods for individualized systems medicine specifically involve phenotypic approaches to complement sequencing information.

Today, more than 70% of all the work in the field of personalized medicine targets the various types of cancer, according to Enal Ravsi, Ph.D., writing at Genetic Engineering News. His view is that although we’re starting with cancer, the techniques and technologies can also be refined and developed further to treat other types of diseases.

This all starts from understanding cancer. Sometimes, that doesn’t happen in the lab at all, but for instance inside a computer.


Cancer by the Numbers: Understanding the Enemy

Part of fighting the battle against cancer is understanding the enemy — how it mutates, grows, and evolves. One of the most significant advances involves using powerful technology, data and visualization to create 3D models of how tumors begin and spread.

Harvard University is pioneering this research by creating computer models of solid tumor growth. The model explains “why cancer cells have a surprising number of genetic mutations in common, how driver mutations spread through the whole tumor, and how drug resistance evolves,” according to the report in Nature. This computer model is allowing scientists to understand exactly how tumors grow.

Elsewhere, researchers at Carnegie Mellon University are using vast amounts of computing power to analyze and model data on cancer patients. Those researchers are processing things such as gene sequence data and gene expression data “to derive highly informative biological patterns in the data that are then used to predict patient outcomes.”

It is within that derived data that researchers hope to find better signals to improve their models. CMU’s news team offers an example:

“Rather than using the set of mutated genes, a type of raw data, in a cancerous tumor as predictors of cancer metastasis, they will infer the cell signaling pathways, a type of biological pattern, which are likely having a significant influence on tumor growth. Those aberrant pathways will then be used to predict clinical outcomes, such as tumor spread or metastasis.

The clinical outcome decreases significantly when cancer spreads to other parts of the body. That’s why recent findings from scientists at the University of California San Francisco are so exciting. That team was able to observe directly, in the lungs of a mouse, how cancer cells invade healthy tissue.

“What they saw was utterly surprising: early ‘pioneer’ cancer cells that lodge in the lung generally die, but first they shed zombie-like particles that move around on their own and get gobbled up by waves of immune cells,” the UCSF news team reports. “Many of these immune cells, as if infected by the cancer particles, then burrow into the lung tissue, opening up space for future cancer cells floating through the blood to settle down safely and form new metastatic colonies.”

A big part of learning how cancer spreads is in having authentic, real models of various tumor types. Charles River Laboratories is creating something called “cancer avatars,” libraries of different types of cancer that closely replicate human tumors. They currently have a bank of more than 100 tumors, representing 13 different types of cancer. The plan is that these tumor types can be tested with cancer drugs to find the most effective treatments.

We’re also discovering why cells become tumors in the first place. Earlier this year, the team led by Dr. Leonard Zon in Boston witnessed first-hand the birth of a melanoma tumor from a single cell. Medical News Today reports the team engineered zebrafish with two genetic features associated with melanoma, and also with a signaling mechanism for a gene called crestin.

Dr. Zon’s team was thus able to track whenever it switched in a cell by engineering those cells to glow a fluorescent green. Thirty times, a cluster of fluorescent green cells appeared, and in all 30 cases those clusters grew into a melanoma.

Elsewhere, scientists are creating other methods to let them see how tumors grow in real time. Medical News Today reports on a new cell culture technique, developed in Germany, that lets researchers see how blood vessels form to tumors, and how they interact with immune cells.

Developing new drugs for treating cancer can be a challenge, and that’s where organ-on-a-chip technology comes in.

3D tissue culture, such as organ-on-a-chip, is one of the most promising ways we have of understanding cancer, screening drugs to create treatments and truly personalizing medicine. The organ-on-a-chip allows cell and tumor cultures to be replicated on a microfluidic chip in three dimensions to accurately model disease growth and spread in a tightly controlled cellular environment.

3D models such as organ-on-a-chip are much more effective than traditional 2D models. They can predict cancer growth more easily and are able to show how cancer spreads from one organ to another, according to Medical Design Technology.

Mimetas Is Leading the Way in Organ-on-a-Chip Modeling 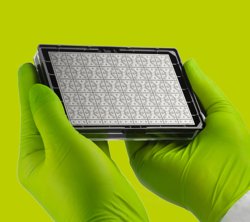 Our OrganoPlate® technology accurately recreates cell, tissue, and cancer models on 3D tissue culture chips. Our aim is to speed up drug testing so clinicians can create individualized, effective treatments specifically targeted to a patient’s cancer. In fact, it's like a mini-drug screen for each individual patient, based on his own tumor cells. Also, our 3D culture technology enables scientists to recreate tumors in their microenvironments and study the interplay between vasculature and the immune system. All leading to a better understanding of the effects of targeted drugs on individual tumors.

Other Breakthroughs in Organ-on-a-Chip Research
There’s lots more research and progress being made in this area. Here are two of the highlights.

A Roundup of Personalized Cancer Medicine from Across the Industry

There are significant resources being poured into science and medical research to diagnose, treat and eventually cure cancer. From 3D printing to genetic profiling, and from trapping drugs inside cancer cells to developing personalized vaccines, here’s a roundup of the latest progress in cancer and tumor modelling.

As you can see, personalized medicine is pushing the boundaries of cancer research, diagnosis, and treatment. Accurate cancer and tumor models, combined with innovative medicine, mean we’re getting a much better understanding of what causes cancer, how it spreads, and how to stop it.